The Office and DiSC Personality Styles

The Office and DiSC Personality Styles 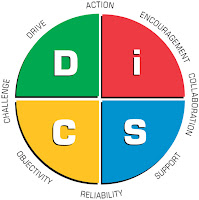 Everyone loves a good post about DiSC Profiles of famous people and TV show characters. Well, check out this one!

I have been a huge a fan of NBC’s The Office from the very beginning. I cried when Jim finally told Pam how he felt on casino night. I gasped when Stanley uttered the words, “Did I stutter?” and laughed hysterically when Angela threw her cat into the ceiling to try to save him during Dwight’s fire drill.

I'm sad to see The Office go! What made The Office such a hit (besides the bizarre scenarios and extremely awkward moments) was that the mockumentary hit close to home… err... office. Although I never worked for a “Michael Scott” per-say, NBC’s extraordinary take on ordinary characters made me think of my own version of Michael Scott, a boss I had quite some time ago.

In honor of The Office’s series finale which made me laugh, cry, laugh... and then cry some more, we dedicated this post to some of the most memorable Office characters that reflect exaggerated versions of DiSC styles that can be found in any office.

“How would I describe myself? 3 Words: hard-working, alpha male, jack hammer… merciless…insatiable…”

“Before I do anything I ask myself, ‘Would an idiot do that?’ And if the answer is yes, I do not do that thing.”

Oh, Dwight. If you’re not hunting bears or harvesting beets, you’re working at Dunder Mifflin as the Assistant to the Regional Manager and one of their top salespeople.

Although this popular character on The Office has his quirks (to say the least), he represents the D style due to his drive, speed and emphasis on accuracy.

“Would I rather be feared or loved? Um… easy, both. I want people to be afraid of how much they love me.”

Michael Scott: the boss that everyone loves, but no one can really stand. During his time on the show, The Office boss spent more time cracking jokes and dressing up as hilarious characters than he actually spent working.

However, he did host some pretty amazing holiday parties and even opened a café disco to help employees enjoy themselves at work. When he wasn't putting his foot in his mouth, he was trying to make connections with each and every one of his employees, a valuable trait in a boss. What's your leadership style?

“I have been wanting to be Santa for years. I believe I have the right temperament and the figure to do the job well. I slipped a note to Jim 11 weeks ago, and he said I could do it. It's been a long journey... but [sniffs] I'm Santa Claus!”

“I called every grocery store in Scranton, and no one sells whole pigs.”

As an active member of the office’s Party Planning Committee, Phyllis often had to adhere to Angela’s (we’ll get to her later) negative attitude and bullying, which she did reluctantly, but with a smile. And despite their differences, she even became Dwight’s secret confidant during his turbulent romance with Angela.

Phyllis is the loyal, lovable co-worker that is accommodating to everyone she meets, always willing to lend a helping hand.

“I actually look forward to performance reviews. I did the youth beauty pageant circuit, and I enjoyed that quite a bit. I really enjoy being judged. I believe I hold up very well to even severe scrutiny.”

[On the phone with a customer] “Excuse me? Well, I don't see how that's our fault. And I've already told you, the official position of Dunder Mifflin is apologetic, so I don't know what you want from me!” [Hangs up]

Angela Martin, the strong-willed accountant, is best known for ruling the Party Planning Committee with an iron fist. Angela would review each of her members’ party planning ideas with a smirk before ripping them to shreds.

However, Angela also had some good qualities about her. She was meticulous in her work, constantly crunching numbers and helping the Scranton branch stay on budget. Angela, a very exaggerated example of a C style, just needs some coaching on how to work better with others.

I have absolutely loved watching The Office, and I'm so sad to see it go. But although I may be one of the show's biggest fans, I can honestly say I have no interest in ever working there... ever.

How would you fit into The Office? What's Your DiSC Style?